Highest number of Canadian players ever in an NBA season

TORONTO, ON – With the finalization Monday of the NBA 15-man rosters, Canada officially became the highest-represented non-US nation at any point in league history.

The 13 Canadians on NBA rosters eclipse the highest previous international total of 11, achieved by France at the start of the 2010-11 season.

A total of four Canadians joined the NBA this year, which increased the number of Canadians in the league up to a record 13. The Canadians in the 2014 draft were: Andrew Wiggins (#1), Nik Stauskas (#8) Tyler Ennis (#18) and Dwight Powell (#45).

This past June, Andrew Wiggins became the second Canadian #1 draft pick, following Anthony Bennett who was the first in 2013.  It was the first time a country, other than the USA had back-to-back #1 NBA draft picks.

Michele O’Keefe, Executive Director of Canada Basketball commented on this historic achievement:  “We’re very proud of our Canadian athletes. The commitment that they’ve shown to achieving their goals is remarkable”. 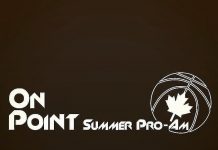 On Point Summer Pro Am back for season 3 on Wednesday... 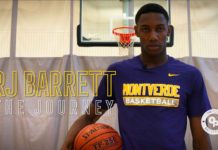