Despite the presence of Thompson, who poured in 14pts, 10 rebounds and 4 assists for Flash Forward, Lewis was clutch dropping 16 pts, 9 rebs and 3 stls in the exciting 80-76 Team On Point victory. Ruach was sensational for Flash Forward recording 26 pts and 6 assts including 6 threes. Kibi was solid for On Point with a double-double of 20 pts & 10 rebs.

Special Thanks to Sheldon Cassimy and the M.A.D.E. Toronto Pro Am staff for putting on a great event! 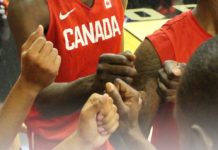 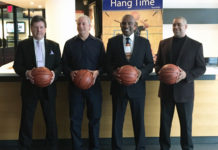