“We’re getting more comfortable playing with each other. Our players are starting to learn and understand the international game a little bit better because we come from varied backgrounds. Our goal was to get better with each game and we struggled in the first game of the tournament but I think we have taken a step every day,” said Head Coach Jay Triano.

In front of the pro-Mexico crowd, Andrew Wiggins dominated the first quarter to give Canada an early 20-10 lead. Mexico could not find open shots on offence as the Men’s National Team closed out hard. After a timeout, the home team would improve slightly but still failed to contain the Canadian attack. At the end of 10 minutes, Canada led 26-17.

The Canadian depth would show out in the second quarter, pushing the lead to a peak of 22. Brady Heslip carried over his strong outside shooting and scored eight points in the quarter. Mexico showed sign of frustration as Team Canada’s defence dug in, forcing shots early in the possession. The rebounds resulted in transition opportunities and Canada made the best of them. The Men’s National Team led 52-30 at half time.

The Men’s National Team would not bend in the third quarter. Mexico came out of the locker room with an edge but could not contain the offensive talent of Canada. The two teams played to a draw in the quarter and they headed to the fourth with Team Canada up 74-52.

The crowd at the Palacio De Los Deportes willed Mexico on in the fourth quarter. Down 22, Mexico started positively with a put-back dunk and a tough lay-up. Despite the late flurry, the lead was too significant. Melvin Ejim put up two dunks in the final two minutes to close out the impressive performance.

“The ball has been rolling for me offensively. I’ve been a little bit more locked in on defence so that helps a lot, my teammates are trusting me and I’m just getting the opportunity,” said Andrew Nicholson.

Canada will play their final game of the second round against Dominican Republic on September 9 at 3:30 pm ET on TSN. Earlier today, Dominican Republic lost to Argentina, securing Canada’s spot in the semifinals. Their semifinals opponent will be determined at the end of the Argentina-Mexico game. Follow @CanBball for the latest updates. 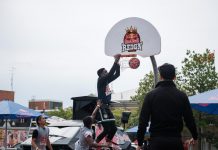 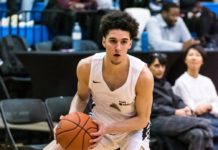