FORMOSA, ARGENTINA (June 14, 2017) – The U16 Men tipped-off their summer season with a 75-61 win against host Argentina at the 2017 FIBA U16 Americas Championship. Cashius McNeilly (Scarborough, ON) led the team with 22 points and 6 rebounds while Malachi Ndur (St. Thomas, ON) and Luka Sakota (Etobicoke, ON) each had 8 points and 9 rebounds.

“It was a great test for us tonight being in Argentina. We had a lot of energy and kept focused during a heated environment. We have to keep building as a team each game and look forward to tomorrow’s game against Paraguay.”
-Craig Beaucamp, Head Coach

“It was a good first win for our team. Argentina went on a run but we fought back hard to win. The home crowd created a great atmosphere and we now focus on our game tomorrow.”
-Cashius McNeilly (Scarborough, ON)

Canada’s next game of the group phase is against Paraguay on Thursday, June 15 at 3:30 PM EST. Click here to catch the game and get live stats. 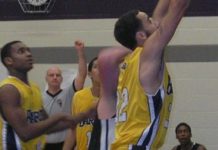 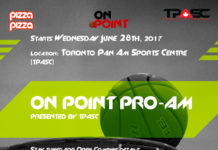 2015 PROCLAIMED YEAR OF SPORT IN CANADA