Each city’s basketball culture is completely different. DALLAS is greatly influenced by the physicality of football. LOS ANGELES basketball is flashy and scoring-oriented because of Kobe. WASHINGTON DC has become a pipeline of NBA talent. SEATTLE basketball is a small, but tight-knit brotherhood. CHICAGO basketball has developed a toughness through its rough neighbourhoods. TORONTO is home to rising stars and quickly making a name for itself.

“Heart of the City” is a documentary web series that tells the story of 6 North American cities through the lens of basketball. Each episode focuses on a different city and throws the viewer into the middle of the hoops scene. Every journey needs a guide and ours is Devin Williams of Shift Team HQ. Devin is a trainer, a former player, and a student of the game.

Throughout the series, Devin watches up-and-coming local players try to become the city’s best and spends time in the gym with top trainers and coaches.

But that’s not it… We also dive deeper into the day-to-day lives of the characters who define the game in their city. We see what their lives look like. Where they come from. Where they’re going. What drives them. It’s a ground-level, slice of life approach that, at the end of an episode, is both a pulse-taking of each city’s basketball culture, but also a portrait of that city itself.

We’ll announce the first city being released Sunday, June 21st. SUBSCRIBE to know when the each episode drops here: http://bit.ly/Subscribe– 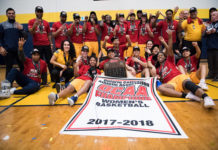 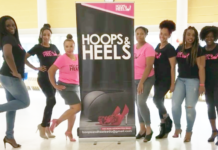 NURSE, ACHONWA LEAD CANADA TO GOLD AT PAN AM GAMES