The Inaugural Biosteel All-Canadian Roster has been officially released today and it features some of Canada’s brightest stars as well as two foreign-born prodigies who ply their trade on Canadian soil. Jamal Murray (Orangeville Prep) heads the list that includes Justin Jackson (Findlay Prep-Committed to UNLV) and 7’0″ athletic phenom Thon Maker (Orangeville Prep). Thon’s brother Matur has also made the roster. Eddie Ekiyor, who recently participated in the NBA/FIBA Basketball Without Borders camp with Murray, Jackson and Nelson Kaputo adds punch to the forward spot. Ottawa native Corey Johnson (Vermont Academy-Committed to Harvard) is a sharp shooter to watch in the game.  Kaputo is coming off an incredible High School season as his #1 Ranked St. Mike’s Blue Raiders captured their second OFSAA Quad A Championship in 3 years while going undefeated in Canada. Jalen Poyser of Orangeville Prep is a multi-talented guard who has recently committed to UNLV. Abu Kigab has almost come out of nowhere to join a select group of Canadian prospects. He hails from St. Francis in St. Catherines. Jermaine Haley is a superior-talented guard out of Burnaby, BC who will definitely impress the many scouts who will be in attendance. Howard Washington Jr. and Lindell Wigginton are two young players who ply their trade south of the border and ooze potential. They play for two of the top prep schools in America in Montverde Academy and Oak Hill Academy. Some impressive youngsters include rising star Christian David of Bishop Reding(Milton), Keshaun Saunders of Orangeville Prep, Simi Shittu of Corpus Christi in Burlington, Marcus Carr (brother of South Carolina’s Duane Notice), and Danilo Djuricic who also captured OFSAA Quad A Gold for St. Mike’s.

The game will be played on Tuesday April 14th at the Mattamy Athletic Centre and will air after the Raptors vs. Celtics game that day.

Go to Ticketmaster for tickets. HERE 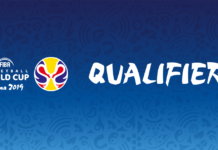