The North of the Border Basketball League (NBBL) has embarked on its third season that promises to bring new and exciting elements to the Canadian basketball landscape. The NBBL continues its mission to foster the growth of Canadian basketball, north of the border, by assisting in the development of our homegrown athletes. The NBBL is committed to allowing athletes showcase their talents on a platform that will add to the exposure and development needed to advance in their respective careers and aspirations

This summer, the NBBL implemented the Women’s North of the Border Basketball League (WNBBL). The WNBBL will play host to some of the best Canadian women, north of the border.

The North of the Border Basketball League is excited to announce the 2015 NBBL All-Star showdown between Team Wiggins and Team TOPSZN. Andrew Wiggins, the 2014- 2015 NBA Rookie of the Year and OB OBrien, a member of Drake’s OVO Sound record label, will be leading the respective teams for the event. Both rosters will be comprised of an NBA and NBBL star-studded group of athletes. The NBBL All-Star Game will showcase premier Canadian talent. Notable NBBL athletes include Brady Heslip, Denham Brown, Tyrone Watson, Junior Cadougan and Alex Johnson to name a few.

Before the featured event takes place, there will be a Slam Dunk Contest that will feature a host of the NBBL’s best high flyers. Participants include Tyrel Edwards, Troy Joseph, Greg Morrow, Alex Johnson, Gilbert Gyamfi, Rohan Boney and Khaleem Bennett. 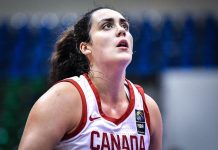 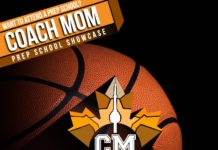