The National Basketball League of Canada officially releases the 2015-16 season schedule which will kick off its fifth season on Boxing Day.

The regular season schedule features a 40-game season per team with two divisions, Central and Atlantic and will run from December 26, 2015 – April 30, 2016

All eight teams will hit the court on Boxing Day starting with an afternoon match-up when the Island Storm host the Saint John Mill Rats at the Eastlink Centre. The Niagara River Lions will play their ever game on the road when they visit Budweiser Gardens to square off against the London Lightning and the brand new Halifax Hurricanes will open the doors of the recently renovated Scotiabank Centre to welcome the Moncton Miracles. Finally, the Orangeville A’s pay a visit to the WFCU Centre to face the league champions, Windsor Express on banner night.

“We are really excited about the upcoming 160-game season schedule as we kick off our fifth season on Boxing Day,” said NBL Canada Commissioner David Magley. “This is the healthiest all eight of our franchises have ever been going into the season and we’re confident that this will be our best we’ve seen in terms of fan support and the on court product.”

– The A’s move to Orangeville will prove to be very good for the franchise and an opportunity for exposure to a new market. The renovations taking place to the Athlete Institute will make it an ideal venue to host NBL Canada games.

– The newly formed ownership group in Halifax has had a drastic impact on the city since their arrival and the early season ticket sales have been a strong indication of this.

– As one of original franchises, the London Lightning organization continues to be a leader in the community on and off the court and the league looks forward to another successful year. London has been selected as one the two NBL Canada teams that the Raptors 905 of the NBA Development League will face in pre-season exhibition play.

– The work to solidify the Moncton franchise with local ownership remains a priority and the excitement in the community is as high as it’s ever been.  The Miracles boast the largest booster club in the leage.the fan base is as committed as ever to supporting their team.

– The Windsor Express will host an exhibition game against the Raptors 905 at the WFCU Centre and it promises to be a great event with strong local partnerships and support. This will serve as a great lead into the fourth season for the two time defending champs

– The existence of the sixth man model in Saint John speaks to the strong foothold that the Mill Rats in the community. The Mill Rats are one of the founding member looks to have their best season ever.

– The Storm organization is another one of the original teams and its fan base and sponsorship support has overwhelmingly increased since their move to Charlottetown.

– With strong early season ticket sales, the Niagara River Lions organization has had an incredible start and the league is excited about how special this team will be to St. Catharines and the Niagara region.

– The Cape Breton team will be added to the 2016-2017 season and will use the time to solidify their financing to be strong when they start, work with sponsors and perform community service. In addition, two NBL-C clubs will play a pre-season game in Cape Breton to expose the brand and to give their fans an idea of what to expect when their team kicks off next season.

In response to fan feedback, the 2015-2016 schedule features a record of 140 games played on either Thursday or the weekend out of 160 games.  It is believed that this fan friendly approach will lead to increased viewership both live and through on-line engagement.

The theme moving into NBL Canada’s fifth season is that of celebration as the league recognizes its accomplishments to date and celebrates what’s to come on the horizon.

Celebrating its fifth season, the National Basketball League of Canada (NBLC) was founded in 2011, and is Canada’s only professional domestic basketball league. There are currently 9 teams, with two divisions: Central and Atlantic. The NBLC is committed to being one of the leading professional basketball leagues in the world. The NBLC provides Canadian athletes, international athletes, coaches and officials the opportunity to participate in the game they love at the professional level. The NBLC is also dedicated to raising awareness of the sport of basketball throughout Canada, by providing fans with an exciting and entertaining experience. 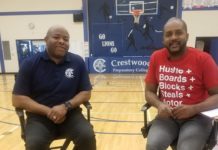 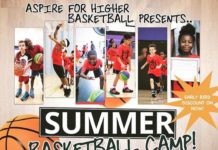 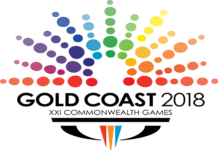 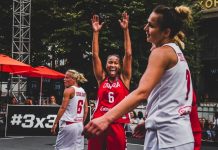