(MISSISSAUGA, ON)—The worst kept secret in basketball was confirmed Monday, with the Toronto Raptors announcing they would introduce an NBA Development League team for the 2015-16 season, playing its home games at the Hershey Centre in Mississauga, Ont. As rumoured last week, the team will be known as ‘Raptors 905’,  a nod to the GTA area code that includes the city.

“As I look around at the children here today, I’m excited to know that the Raptors 905 will serve to inspire the next generation of players,” said Crombie. “Mississauga can now proudly say ‘We the North’ and we are thrilled to welcome 905 Raptors to [the city.]”

In what Ujiri described as “an intense, good meeting” during the 2015 All Star weekend in New York, team and league officials discussed the possibilities that would make the Raptors owners of the D-League’s 19th club, notably immigration, travel and tax considerations.

“This is really an exciting day for us at the NBA Development League,” said Turner. “It is unusual [for something like this to be finalized this quickly,] but I also think it’s reflective of MLSE and the Toronto Raptors.”

Turner said he was encouraged about the potential reception after a discussion with a border patrol agent when crossing into Canada the night before.

The affiliation is the third check on the wish list Ujiri gave Maple Leafs Sports and Entertainment president Tim Leiweke when he interviewed for the GM job back in 2013. (The other two: 1) being able to pick his own staff; and 2) getting a new practice facility, which is now under construction at Exhibition Place.)

While a D-League team was always a goal, Ujiri admits the progression of 2014 first-round pick Bruno Caboclo may have sped up the process in getting one in place. The Brazilian rookie received limited minutes after being sent to the Fort Wayne Mad Ants — the only D-League team without exclusive affiliation with an NBA franchise — which prioritizes winning over player development.

“We want to be the best D-League team, that’s not necessarily winning but showing by example, by the way we do things,” said Ujiri, noting that he expects Caboclo to get significant time with Raptors 905.

The Raptors hope to have the 905 coaching staff assembled in time for the Summer League schedule, starting July 10.

MLSE is stressing that Raptors 905 will be a family-friendly, affordable event, with tickets as low as $14. 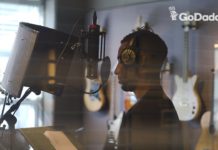 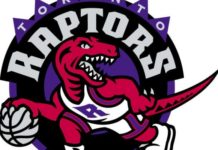 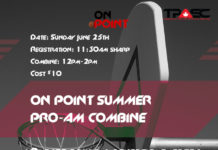 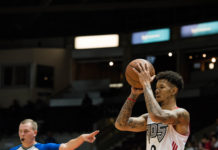