“Today, we came out of the gates a little slowly and struggled throughout the first half. Our trademark relentlessness showed up in the second half and we cruised to a victory,” said head coach Fabian McKenzie.

The first quarter saw Canada jump out to a lead before the offence stalled. Savage USA battled and the game was tied at 16 after one period.

Both teams would swap leads before Savage USA slowed down Canada’s scoring. The Senior B Women scored 13 points in the quarter and went into halftime down two, 31-29.

Canada dominated the third quarter on both ends, scoring 29 points in the quarter and holding Savage USA to only eight points.

The team would continue to put pressure on Savage USA in the fourth quarter and won, 80-56.

“Throughout this whole five-day tournament we have faced stressful and uncomfortable situations and yet we persevered and managed to grind out five great wins,” said Williams. “We always stayed true to ourselves and our game plans, no matter what five players were on the court.”

“I am so proud of the efforts of our team since day one of training camp to the final buzzer today. This tremendous group of young ladies represented Canada in a first-class manner. I am thankful for the opportunity to coach them,” said McKenzie.

For roster of the 2014 Jones Cup champions, click here: http://www.basketball.ca/senior-b-women-s16478 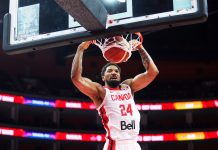 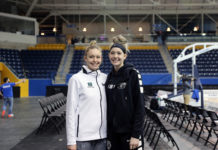