There’s an endearing quality inherent in an underdog athlete, a proletarian-like work ethic driven by an unyielding sense of pride and an obsessive desire to prove the naysayers wrong.

An underdog is seldom satisfied, unvaryingly dedicated to their craft and resistant to any sort of inertia. When a milestone is reached, they push forward to the next checkpoint, trudging onward like a one-person cavalry in pursuit of a dream.

For many under-the-radar players, a lot is never enough.

For Taevaunn Prince, making the jump from the college level to the pros is surely an accomplishment, but it’s only a sliver of the mountain he needs to climb in furtherance of his ultimate goal.

“After this season I’m trying to go higher,” said Prince, a 6-foot-3 guard from Rexdale/Malton, Ont. “I’m trying to play at the highest level possible. That’s always going to be my goal, I never want to shortchange myself because I go a hundred in my training, in my dedication and in my discipline.”

I want nothing less,” he said. “I understand if I was half-assing it and not going hard, but I go a hundred and will continue to. I want my reward for it.”

Following a high-school career that began in Canada with the Father Henry Carr Crusaders and culminated in the United States with the Proctor Academy Hornets, the latter of which earned him a McDonald’s All-American nomination, Prince was offered a full ride to South Dakota State University (SDST) in 2011, a Division I mid-major program in the Summit League conference of the NCAA.

The Canadian guard played two seasons with the Jackrabbits, averaging 5.5 points per contest in 59 regular-season games, helping lead his club to consecutive conference championship rings, and earning back-to-back appearances at March Madness. He had proven his ability to compete against the best on a day-to-day basis – he recorded his first-career double-double with 13 points and a team-high 10 rebounds at University of Minnesota in his freshman season and then followed up that performance with a 13 point, nine rebound night vs. the University of Georgia – but despite both his team and individual success, Prince’s seniority was low, and he would have to wait his turn for any real opportunity.

For Prince, playing in Division I was an experience that couldn’t be simulated elsewhere, and it also checked off multiple boxes in terms of his own personal goals – like going up against top NBA prospects and playing in the NCAA tournament before a national audience – but he yearned for an opportunity to play elsewhere, a place where he would be liberated of the shackles that weighed him down at SDST, a place where he could still win but also be a relied-upon contributor. So that’s exactly what he did.

Moving down a level to Division II may seem like a questionable decision, but it was certainly the right choice for Prince. His time at Missouri Southern State University was the fresh start he was looking for.

“Being in the right situation with the right coach that believes in you and sees your talent and wants you to succeed, it’s just easier when your (people) want you to do well. For me, it was my head coach Jeff Boschee,” said Prince of the former McDonald’s All American and star at the University of Kansas. “Dealing with him was great because he’s such a great coach and person and I’m just thankful he gave me the opportunity.”

“He recruited me, (he) believed in my abilities and put trust in me, which is most important for a player and coach relationship,” he said.

Because of NCAA transfer rules, Prince was required to sit out his first season with the Lions, astutely using the time away from the court as a means to improve and work himself into shape. His time away from the hardwood proved to be invaluable, as the following two seasons with MSSU unleashed a side of Prince that hadn’t been seen in the past.

Fresh off a year of basketball inactivity, at least from an organized game standpoint, the combo guard averaged 16.5 points, 7.2 rebounds and 7.1 free-throw attempts per game in his junior season, earning himself all conference honours. But it was in his senior year with the Lions where he truly flourished, increasing his scoring average by almost double digits at 26.3 points, notching 10.3 rebounds per game, and getting to the stripe at an absurd James Harden-esque 10.7 times per game, all while spearheading his team to an 18-12 record. His NABC First Team All-American selection and top 10 nomination for the NCAA Bevo Francis National Player of the Year were added bonuses.

Prince had achieved what he challenged himself to do: to become the primary contributor on a winning team.

But he didn’t rest on his laurels; instead the former Crusader began thinking about his basketball future. He wanted to play professionally, to prove himself on the highest level. And while he had a lot of success at the collegiate level, he knew that he would have to continue to prove his worth at every level if he wanted to succeed- a perpetual cycle that’s been a part of his life for quite some time.

Through the tutelage of his mentor Bobby Allen – a retired Canadian professional basketball player who starred on the men’s national team during the mid ‘90s before playing internationally – Prince shifted his attention towards the rudimentary elements of the game, such as the fundamentals of basketball and readjusting the way he approached the game from a mental standpoint. He would have to shift into full gear if he wanted to compete at the next level.

“He told me ‘if you want to make it to the next level you’ve got to get into the best shape of your life. You got to lose weight, you got to be in the gym working on the simple things; footwork, touch and using the glass, really things that the greats lock in on,” said Prince. “I was taking care of my body, doing the little things, being obsessed with the game. It all started with Bobby and my dad motivating me and telling me that I have to kill whatever’s in front of me and that’s where I developed the do or die mentality.”

Under the veil of hard work, the 25-year-old geared his focus towards finding a home on international soil. Following workouts at Impact basketball, a development program for professional basketball players and student athletes, Prince discussed his future with multiple agents, including Canadian agent Gary Durrant who would go on to help the then 24-year-old land a deal with ScanPlus Baskets Elchingen, a second-tier league in ProB Germany. 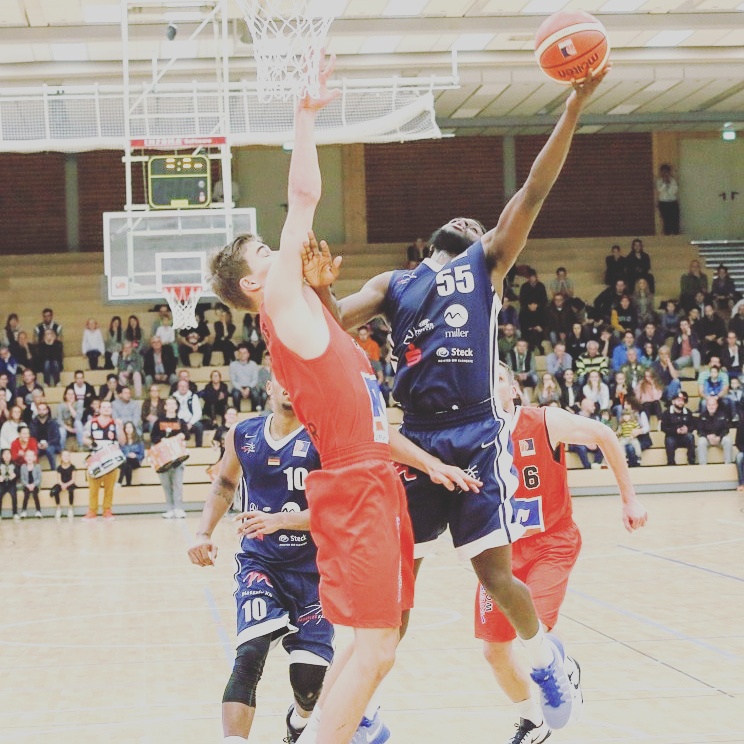 Taking heed to the words of Allen and his father, Patrick, Prince excelled on the international level, finishing the season as one of the top scorers at 17.4 points while also grabbing 5.4 rebounds per game. He also shot at an efficient 54 per cent from the field and 43 per cent from three, an impressive feat considering his unfamiliarity with the European style of play. Though life as an import player certainly comes with its difficulties, the 6-foot-3 guard was able to quickly adjust to the new environment.

“It was a good experience in Germany,” he said. “Mentally, physically and emotionally, it was a great season. I had to deal with some adversity there. I had to adjust. When I got there it wasn’t what I expected but with hard work and God in my corner I knew I was in good hands, my prayers to God made me comfortable, it made me feel unguardable on the court.”

My first game out I think I had 25 points and from there I just got more comfortable. I adjusted to the rules – some of the rules you get away with in NCAA or North America you can’t get away there,” he said. “Even though, to many, it looks like I had a strong rookie season, in which I believe was okay, I know what I can do, and I know I only showed a glimpse of what’s in the chamber.”

ScanPlus Elchingen would end up having its most successful season with the addition of Prince, reaching the semifinals and shocking the large majority of fans and media who hadn’t foreseen the team’s post-season run.

“No one expected us to go that far, we were the underdogs so I’m glad I was a part of that,” he said. “We did a good job this year and got a lot of support from the fans.”

In just his first season playing professionally, Prince has exceeded many of the individual goals he had set out for himself. Like many circumstances before arriving in Germany, he was considered an under-the-radar talent who had to prove he was capable of playing at the pro level. But he’s okay with it. He’s okay with being looked down upon, he’s okay with constantly having to prove the naysayers wrong, and most importantly, he’s okay with having to earn his place on the hardwood time after time.

It’s not certain what’s ahead for the Rexdale native, but he remains confident that his on-court success will only expedite his ascension to basketball glory.

“From this year, I’m trying to go higher, because I’ve proved what I could do,” he said.  “They say 60 per cent of rookies usually get cut, and I made it through and knocked those statistics out. Moving forward, I’m trying to play at the highest level remaining humble and hungry.” 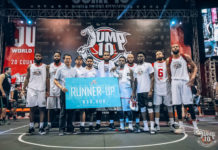 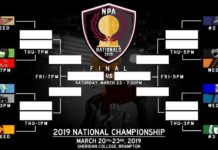