In celebration of the Toronto Raptors 20th Anniversary Season, it is only fitting to reminisce to the team that advanced to the Eastern Conference Finals and gave Raptors fans their first taste of real playoff exhilaration. The squad consisted of some of the Raptors greatest and most cherished players including Alvin Williams, Antonio Davis, Charles Oakley and the much-maligned Vince Carter. Not to forget fan favourites like Morris Peterson, Jerome Williams, Keon Clark and Chris Childs.

The game was a game 7 of all game 7’s, and one that still haunts Raptor fans with what could have been. On one end, we had Allen Iverson and his Philadelphia 76ers, and on the other, Carter and his Toronto Raptors. The series was one of the most entertaining series in basketball, post-Jordan era and saw both Iverson and Carter ascend to the high points of their careers.

The series came down to only a few seconds, to which the game was left in the hands of Vince Carter. Everyone watched nervously as the shot went up and the ball rolled off the rim. The fate of the Raptors promising future came to a crashing end; leaving players, coaches, friends, family and fans in distress.

Although the series was lost, fans still remember the excitement that the squad brought to the Air Canada Centre, to Toronto and to Canada each and every game. This team paved the way for the future of the Raptors. This was in most thanks to Vince Carter. He was one of the NBA’s most thrilling performers, and he was Canada’s to call their own.

We can always think, what could have been, but for our future, we can now think of what will be. Vince Carter and the rest of the 2000-2001 Raptors team started the shift in interest towards basketball in Canada.

This new era of players has set its own milestone for the Raptors franchise. From the strength of their starting lineup and the depth of their bench, these new guys have surpassed the Raptors regular season winning record with their 48-37 season in 2013-2014. It has taken years, but the hype is definitely back.

What better way to thank those before you than to continue what they started… Let’s go Raptors! 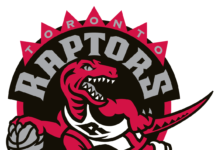 Game 2: Raptors in a must-win scenario against the Cavs