Already a deep-rooted trademark embedded in the very quilt of basketball on a global scale, the Jordan Brand ferried its way to the great city of Toronto for the 2016 NBA All Star festivities this past weekend. And while the prevailing theme seemed to centre around the long list of lionized stars and celebrities who took part in the weekend merriment, and also the perpetual quibble about the city’s extreme cold weather which ‘supposedly’ mirrored the Pleistocene epoch, Thursday February 11th was entirely about the future stars of North America and their ultimate evolution with the game of basketball.

The event is a unique opportunity for high-school players to have their individual games recognized on a national scale and also allows large networks – such as TSN in Canada and ESPN in the U.S., both of which broadcasted the two-game event all across their respective nations – to provide viewers the opportunity of witnessing some of the top high-school talent across the continent in action.

It’s also a great opportunity for NBA players, such as Victor Oladipo (Orlando Magic), Andre Drummond (Detroit Pistons) and Carmelo Anthony (New York Knicks), all of whom were in attendance Thursday before NBA All-Star Weekend at the Mattamy Athletic Centre – among others – a chance to see the next wave of talent creeping the NBA shorelines. 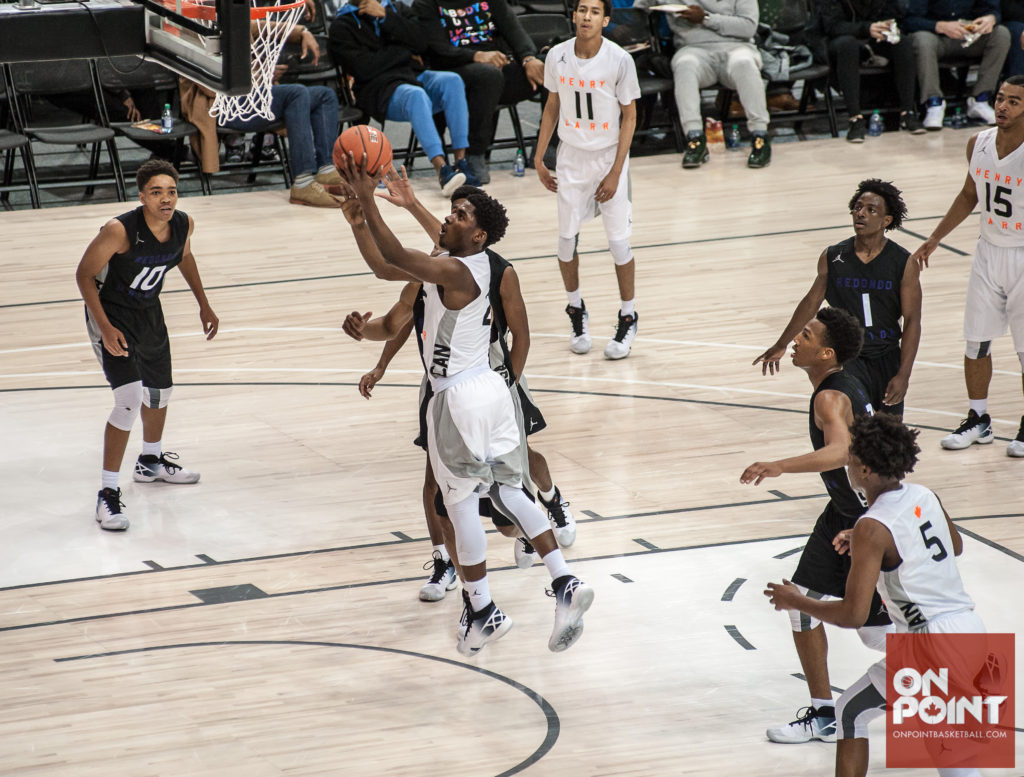 The Seahawks ignited an early first quarter 14-6 run over as they overwhelmed the Crusaders club and seemingly refused to look back en route to their 25 point win.

Much of the struggle for the Crusaders stemmed from an inability to overcome the Seahawks’ unceasing full-court pressure and zone defence, essentially forcing Henry Carr to turn the ball over on multiple occasions.

Ryse Williams was the high-man for Redondo Union as he poured in 21 points and eight rebounds in 34 minutes of action, while Leland Green chipped in with 19 points of his own. Although Elijah Nesbit didn’t do much scoring in this contest, his 14 assists seemed to carry the way for the Seahawks in the win.

Crusader’s big man Shemar Bailey was the lone bright spot for Henry Carr as he scored 22 points to go along with 15 rebounds (9 offensive) in the loss. Shae Linton-Brown finished with 13 points but struggled from the field.

Bailey was adamant in making sure that he and his teammates use the loss as a learning experience for the future.“ Everyone in the change room is taking it hard because it wasn’t just a loss, we got beat up,” said Bailey following the 97-72 loss against Redondo Union where the big man was dominant on both ends of the floor.

“I told these guys that we can’t say ‘we’re ready’ in the beginning and then come out like we’re soft. This is a major, major setback so we’re going to get into the gym on Tuesday and keep working.”

“They had the zone defence going on and we’re not used to that playing back home,” said Henry Carr guard John Akende who finished the night with 11 points. “It was hard for us to switch our game like that and adjust.” 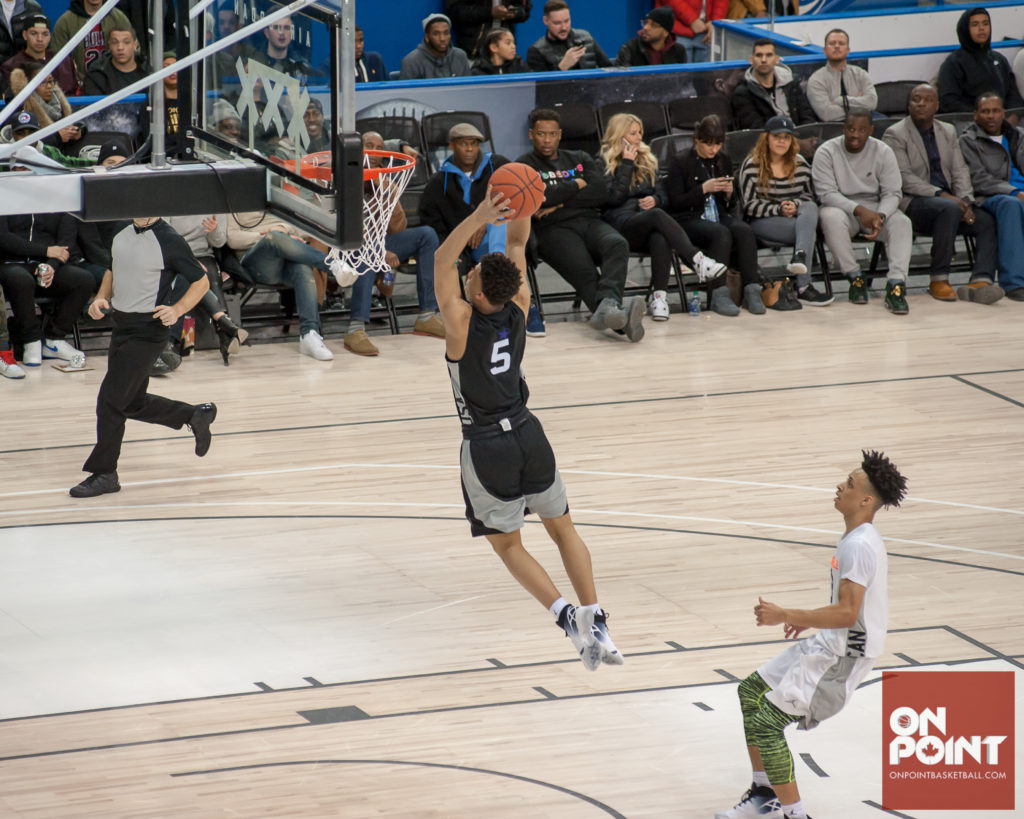 While game one wasn’t the sharpest representation of Canadian basketball and its rapid growth over the past decade, the final matchup between top-ranked Oak Hill Academy (Mouth of Wilson, Virginia) and Orangeville, Ontario-based Orangeville Prep lived up to its forecasted hype.

Oak Hill started off hot in the early stages of the contest but never truly had complete control of the game, as Orangeville was unwilling to let the Virginia-based team have their way with them.

Both Kalif Young and Eugene Omoruyi of Orangeville Prep did their due diligence on the defensive end to prevent the Oak Hill bigs from dominating the paint as they generally do.

While both bigs struggled to find their way early on as Oak Hill took a five-point advantage after the first quarter, Young and Omoruyi maintained obedience to their defensive principles and stood ground against a larger Oak Hill frontcourt, forcing the Warriors to shoot under 50% throughout the entire contest.

Although Orangeville Prep were neck-and-neck throughout the game and made the visiting Warriors work on both ends of the floor, it was the sheer dominance and scoring ability of Tennessee native Braxton Key (Alabama commit) that led to Oak Hill’s 77-67 win over Orangeville Prep. It seemed like every time the Canadians made a run and got within 4 or 5 points, Oak Hill had an answer.

Key finished the night with 28 points to go along with 10 rebounds while his Canadian teammate Lindell Wigginton (Dartmouth, Nova Scotia) chipped in with 14 points of his own. Wigginton has several high profile offers and interest from NCAA college programs and it’s well deserved.

6’6 Oakville native Ignas Brazdeikis was hitting on all cylinders throughout the game as the Orangeville Prep star poured in 28 points and six rebounds, including five trifectas in the ten point loss. He did a whole lot for his recruiting as well showing a game that was well-rounded and at a high level. Also remember Brazdeikis is only a sophomore and has a lot more improvement in him. In addition to Brazdeikis, Omoruyi added 12 points, 8 rebounds and 3 blocks. Young scored 12 points and grabbed 8 rebounds as well and shot a stellar 6-for-8 from the field. Jahvon Blair and Jaelin Llewellyn both finished with 7 points but shot poorly in the contest. Both are solid guards that have a lot of interest south of the border and have bright futures.

Despite not coming out victorious against top-ranked Oak Hill, the pure competitive fire and willingness to battle to the end that Orangeville exhibited was a clear representation of the leaps and bounds that Canada basketball has made over the course of the last ten years, and it’s partly why many Canadian players are increasingly opting to stay put in the great white north as they pursue their basketball goals.

“Me being who I am, I’m also trying to put Canada on the map,” said Henry Carr’s Shemar Bailey following the 97-72 loss against Redondo Union where the big man poured in 22 points and 15 rebounds. “Vince Carter put Toronto on the map, and I’m trying to do [the same] as well.”

To deny that there’s talent oozing out of the basketball-globule within Canada would be an unsubstantiated fib.

The Jordan brand embracing the growth of basketball in Canada by hosting an event catered to high-school basketball is a clear sign of recognition. And it’s only a matter of time before Canada becomes one of the top basketball powerhouses of the world.

Step aside, America, we’ve got next. 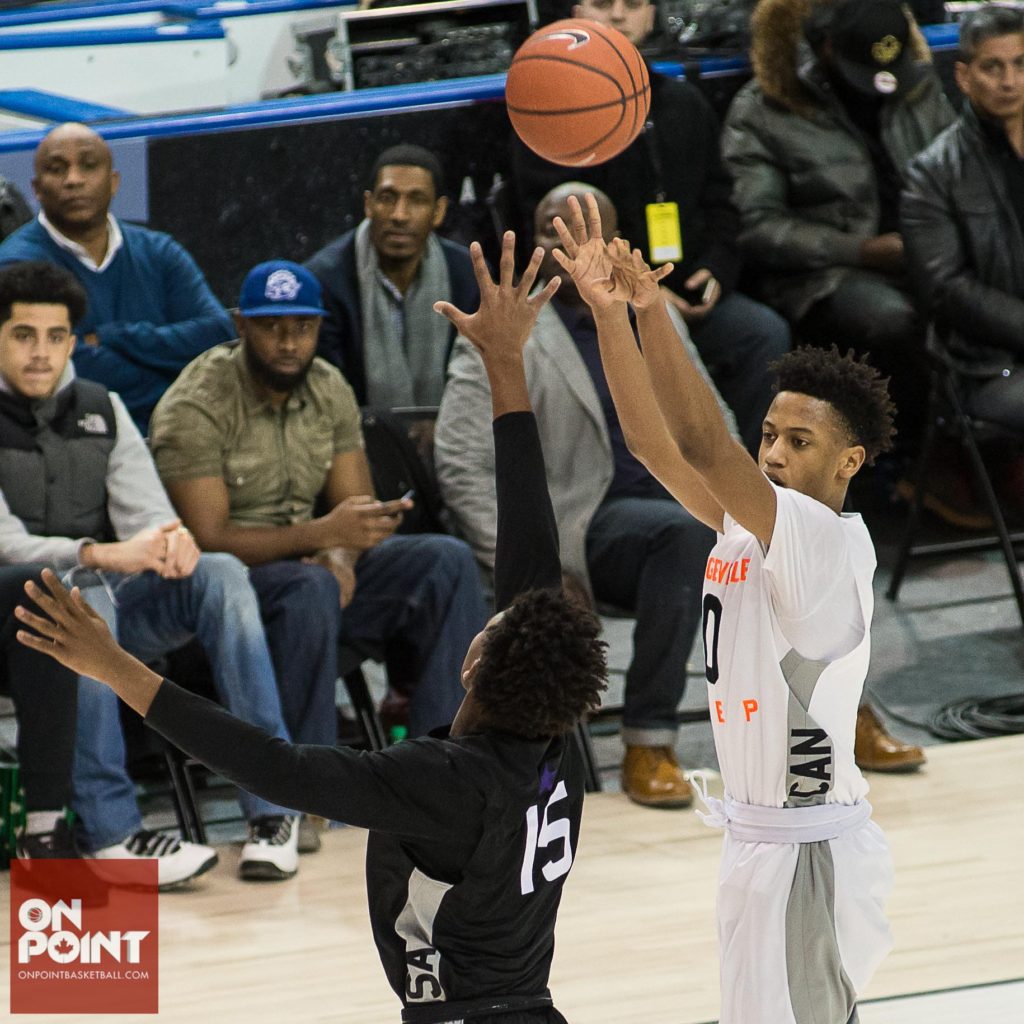 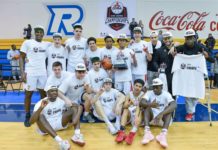 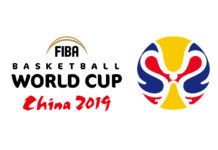