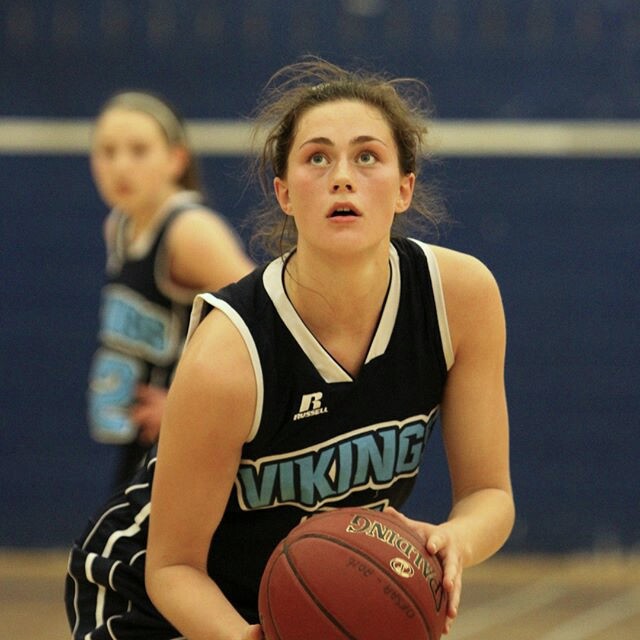 This year’s On Point H.S. Performer of the Year is Sarah Donovan. Donovan is a 6’0” guard in her grade 12 year and has continued to dominate at the high school basketball level, collecting a number of All-Star and MVP honours. She led this year’s A.B. Lucas squad to a 34-2 record winning the TVRA & WOSSAA league championships and the school’s first ever AAA OFSAA gold medal.

Donovan’s list of accolades include MVP at the Humber and Fanshawe tournaments, All-Stars at the Purple and White Tournament and in the TVRA league, and the Fran Winston Award given to the top female basketball player in London.

Donovan has represented Canada on several occasions. In 2015 as a U16 player, she helped the team to a gold medal finish at the FIBA Americas, averaging 6 points, 5.2 rebounds and 2.2 assists per game. She played for Canada again this past summer at the U18 level, where she contributed 4.8 points a game on 58% shooting.

With an academic interest in Medicine, Donovan will be taking her education and her basketball career to the next level at Davidson College in the fall of 2017.

Congratulations to this year’s On Point H.S. Performer of the year, Sarah Donovan.

Selected by the Canletes organization. The award will be presented to Miss Donovan on Saturday December 17th, 2016 at the Inaugural Canletes Provincial High School All-Star Showcase. For more information on the event click HERE or go to www.inchargesports.com.