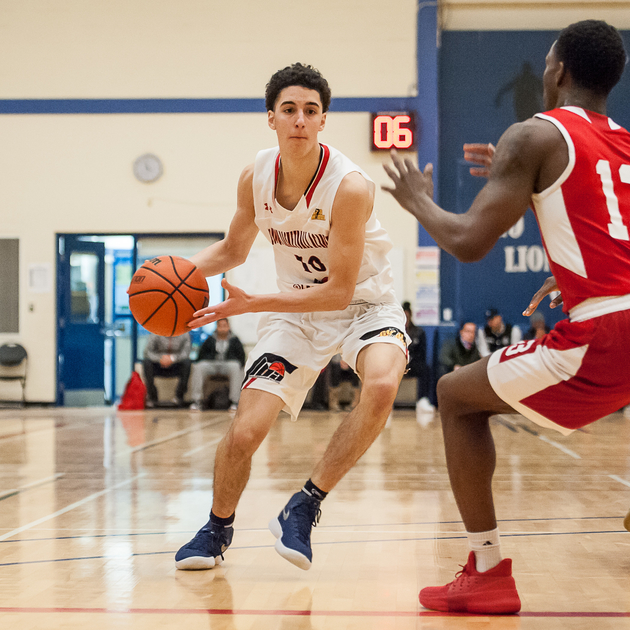 (Toronto, On) As the Honest Eds sign melted away last weekend, the Toronto hoops scene continued to rise up at the Central Tech Classic. Two teams from that tournament – GTA Prep and London Basketball Academy (LBA Prep) – are competing this Saturday in the final day of the Toronto Basketball Festival organized by Adeel Sahibzada. But only London Basketball Academy remains in the hunt for the title, as they go up against Ro Russell’s Crestwood Prep squad in the semi-finals.

In last weekend’s game against Thornlea Prep, Okay Djamgouz turned three-point shooting into an art form the way Steph Curry has. Looking more like the latter’s teammate (Klay Thompson); he had 27 points off three point shooting alone. In the opening frame, LBA Prep struggled offensively. They started shooting threes out of necessity and could not find a scoring option. Djamgouz was scoreless in the first quarter.

What followed, however, was simply incredible. Djamgouz’s shots were not falling, so he found Denzel Cummins for a corner three. Then Djamgouz stole the ball and finished with a thunderous dunk. He then hit a mid-range jumper and had two back-to-back threes, instantly changing the flow of the game in London’s favour. This was just the 2nd quarter.

After halftime, Djamgouz was merciless, putting on a three-point clinic. He had 5 threes in the 3rd quarter: off a step back, after faking a pass, one from the corner, another catch-and-shoot, and off another step back. Though he had a quiet offensive 4th quarter, he turned the heat back on in overtime, hitting a clutch three that tied the game at 75 and followed up with another triple, helping his team win by 3 against Thornlea Prep (he was the only player on his team to make a field goal in OT).

Day 3, expect more of the same excitement at 2:30 p.m. today in the LBA/Crestwood game. The other semi-final, Thetford Academy (Thetford Mines, QC) vs. Pine Ridge Secondary School (Pickering) – is scheduled for 4:00 p.m., followed by the championship game at 8:00pm.

From Winnipeg to Halifax, the future of Canadian hoops has assembled under the John Polanyi C.I. roof to compete for bragging rights and respect. Only one will reign supreme.

U.S. & Canadian coaches on hand include: