Gold medal game highlights featuring Orangeville Prep and Thornlea Prep. Orangeville won the game 84-82 in a double overtime thriller as Jordan Henry couldn’t connect on a layup in traffic which would have sent the game to Triple OT. Fast-rising 2020 prospect Cashius McNeilly of Thornlea continued to build his legend burying a baseline corner three to send the game into the first overtime period. This was one of the best games ever witnessed at the Early Bird!

On Point wishes to thank Father Henry Carr Sr. Boys Head Coach Paul Melnik and all the school staff and volunteers for putting on an incredible event. Thanks to all the participating teams as well for putting out a great effort on the court! 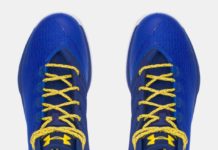