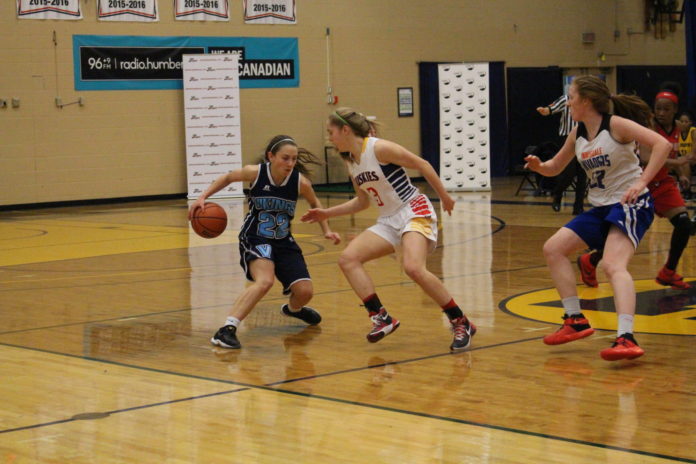 Another stellar event put on by Canletes and INCHARGE sports. On Point was on location for the All Star Showcase that took place at Humber College North Campus. There were two games played on the afternoon. The first game featured the We Came To Play (WC2P) U16 team who went head to head with the Triple Balance CE U14. The game highlighted a vast amount of young talent and showcased many girls with a high competition level and drive for the sport, with successful basketball futures ahead of them.

The younger Triple Balance CE put on a huge defensive effort against WC2P but fell short in the last few minutes. By halftime, WC2P’s Tomoyia Eldemire was leading all scorers with 8 points and 3 assists. She was powerful on the dribble and was able to find many open looks, and went 2/2 on free throws. She, along with her teammate #7 Marie, led their team into halftime up  29-17. Triple Balance’s efforts to keep it close were led by Tyana Todd who went into the half with 8 points, along with teammate Kiana Hall. Hall didn’t score in the half but had a very strong court presence for her squad. She was able to set up plays for teammates and was a big help under the basket, with five rebounds and two assists going into the half. 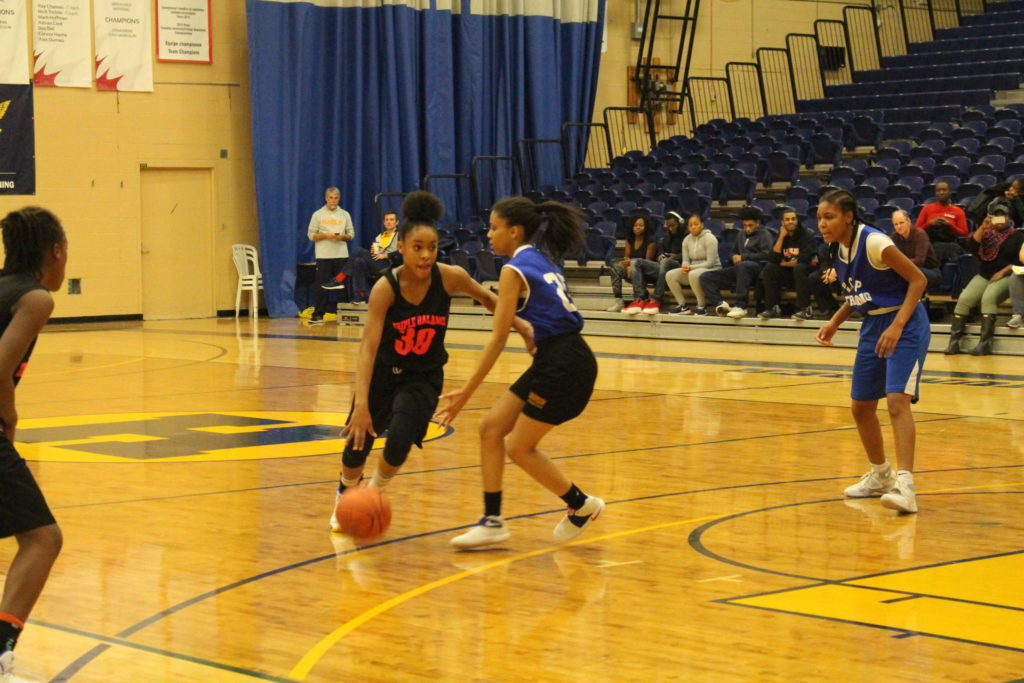 Triple Balance CE closed the gap in the third quarter holding WC2P to 13 points to their 15, and picked up pace in the fourth with Todd finishing the game strong with a game-high 23 points. Unfortunately that wasn’t enough as the duo of Eldemire and Marie had a combined 30 points to take down Triple Balance 61-51.

The featured game of the afternoon was the 401 West vs. 401 East H.S. All Star Showdown game that showcased girls from all across the province. The recently crowned OFSAA AAA Champions A.B. Lucas Vikings had a strong duo in Claire Litchfield and Laura Donovan who demonstrated their championship pedigree, albeit this time on opposite teams.

The game was fairly even throughout the first and second quarters, pointing to the balanced rosters the organizers put together for the All-Star game. Team West led it 22-21 at the half with Emma Weltz leading all scorers with 9 points and 2 rebounds. Both teams shot a not-so great 8/28 (28%) field from the field. 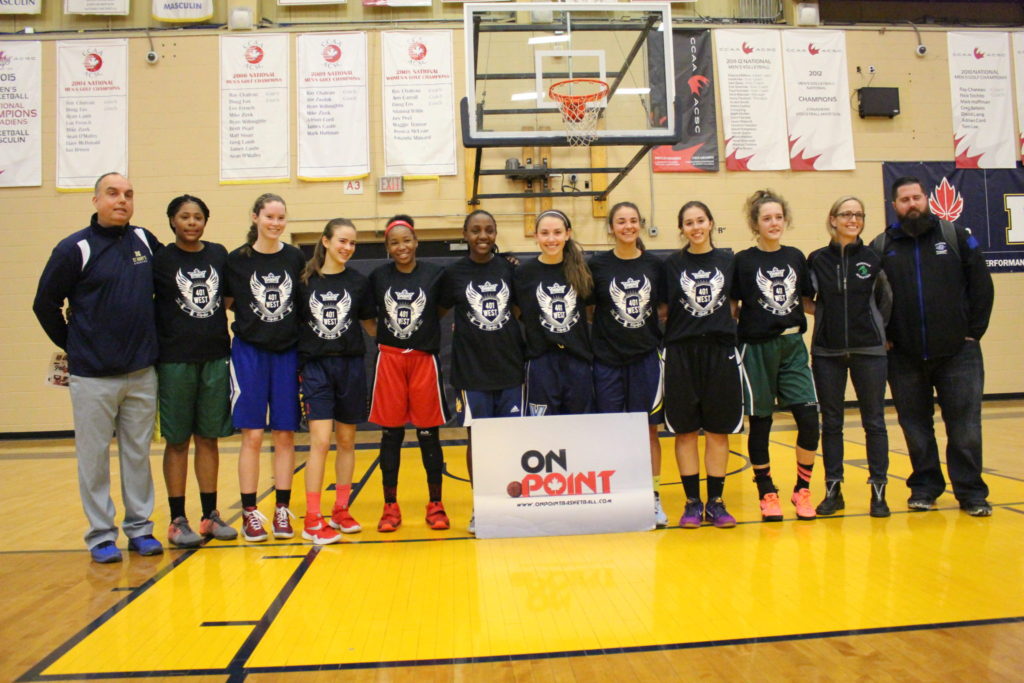 Team West started to take over in the second half and led the game 38-34 after 3 quarters.

Team West shot well, 14/33 (42%) in the fourth and won the game 57-46. A strong defensive effort by 401 East in the second half kept things interesting, but they weren’t able to hang on against 401 West’s top scorers to finish out the contest.

Team West’s Isabella Belvedere was awarded the game MVP after showcasing herself in all aspects. She was fast on defence and got many good looks throughout the game going 3/5 from 3-point land. She finished with 11 points and 3 rebounds making her the Canletes All Star MVP. Sydney Fearon was named the On Point performer of the game finishing with 6 points with 5 rebounds. 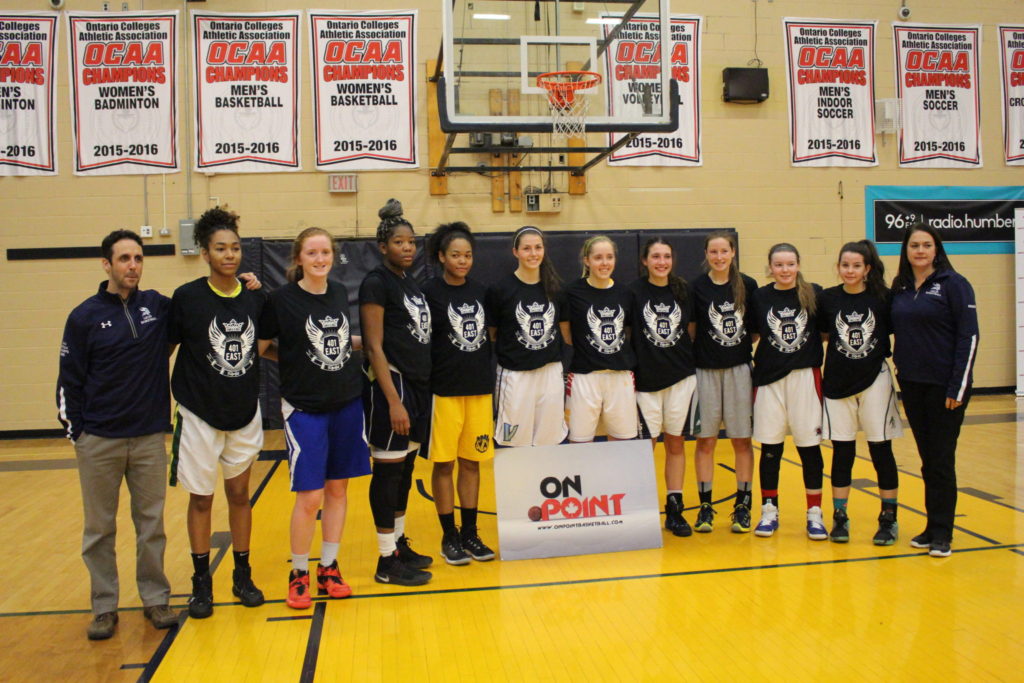 Overall, the afternoon highlighted an unbelievable amount of talent from across the Province. Each one of the players showcased their talent to the crowd and brought everything they had to these games. I would like to acknowledge Canletes, INCHARGE for hosting yet another great event to spread awareness of women’s basketball within the country.